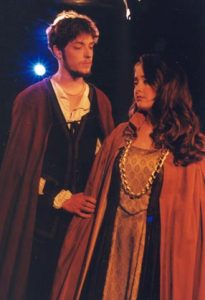 Antonio assumes a traditional Medieval view of the world which conforms to the moral order designed by God: “since we must part, / Heaven hath a hand in’t: but no otherwise / Than as some curious artist takes in sunder / A clock, or watch, when it is out of frame, / To bring’t in better order.” His optimism, that all things will work together for good in the end, is challenged by the action of the play.

According to Irving Ribner, Jacobean tragedy demonstrates a lack of confidence about the moral order of the world. Old structures and beliefs were breaking down. Machiavelli was understood (perhaps incorrectly) to have divorced politics from Christian ethics. Scientists were developing more materialistic views of a universe ruled by natural laws rather than divine command. Apocalyptic religions preached that the world was seeing the last days, nearing the end of a long period of progressive moral decay since the Fall of Adam. Astronomical discoveries were interpreted as signs of this approaching dissolution: the sun had dark spots on it, the stars were not fixed in the heavens, no longer evidence of a perfect, unchanging creation, but one subject to decay.

Webster finds moral order not in traditional faith or theology but in a celebration of human dignity which renders human beings superior to the world’s chaos; see the Duchess’ self-affirmation in the face of death, 4.2 (Ribner, Jacobean Tragedy: The Quest for Moral Order, 1962).

On the Duchess’ mournful observation, “The birds that live i’th’ field / On the wild benefit of nature, live / Happier than we”: the French essayist Montaigne (1533-1592), whose influence can be seen throughout this play, challenged the common Renaissance and Christian assumption of human superiority to animals, based on the faculty of reason. As he noted, unlike men, animals are kind to their young, faithful to their mates, and do not wage war against each other. He felt the superiority of reason was overrated, having severed men from their natural, instinctive qualities (which the Duchess seems to possess above her brothers).